We are a family run business with over 40 years of experience in providing emergency service, repair and preventative maintenance in the GTA. We are passionate about what we do and genuinely care about our clients.

We are a family run business with over 40 years of experience in providing emergency service, repair and preventative maintenance in the GTA. We are passionate about what we do and genuinely care about our clients.
Inquire
(905) 470-2424

A bit about us…

Ric Burlie the founder and President of TRI-AIR Systems has always been deeply passionate about the HVAC industry. Ric began the trade as an apprentice with a local company and after serving his time became a tradesman. As time passed Ric came to realize that he wanted to form his own company and work for himself and so with a partner TRI-AIR Systems was established. After several years of operation Ric and his partner decided it was time to part ways and Ric bought out his partner.

For several years his brothers and sister worked at TRI-AIR and were an important part of the team that helped build TRI-AIR. His sister is currently back at TRI-AIR in the position of bookkeeper, there are also other extended family members working within the company.

Ric’s daughters Kelly and Karen showed an interest in joining the Company and took courses in their post-secondary schooling that were geared towards the business side of the company. Kelly currently holds the position of Vice President while Karen takes care of the Accounts Payable & Receivable department. Ric’s son-in-law Chris started out his working career as a millwright apprentice eventually switching to the HVAC trade.  Chris is a fully licensed HVAC Technician and holds the position of Service Manager within the company.

Family and friends have always been an important part of TRI-AIR Systems and there are several employees with more than 25 years of service at the company.

As you can see, we are a family run business and have been proudly providing HVAC service and maintenance to the GTA and surrounding area for over 40 years! 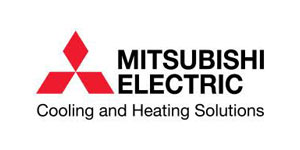 Our HVAC Associations and Affiliations